Deposits of copper, gypsum, iron ore, manganese, tin and uranium have not been exploited. There are tin-tantalum deposits located at Dalan and Manja-Yihan in Puntland, which were exploited previously by Technoexport Bulgaria during the 1970s and the presence of simpsonite (a high-grade calcic aluminium tantalate) in heavy mineral sands deposits developed along the beaches east of Berbera implies the presence of undiscovered tantalum resources in the adjacent basement.

The northern basement complex consists of a series of high-grade metamorphic rocks which enclose at least two greenstone belts that are known to contain evidence of volcanogenic gold-rich base metal deposits. A number of layered and zoned mafic/ultramafic intrusive complexes are known, and stream sampling has delineated platinum group metal anomalies associated with these igneous complexes.

In the southern Somalian or Bur Basement complex, located west of Mogadishu, previous exploration outlined some low-grade iron-ore resources at Bur Galan (indicated resource to 200 m depth of 394 Mt at 38.7% Fe) and Dahimir (indicated resource of about 30 Mt at a similar grade).

There is also a small uranium (carnotite) deposit, with a reported indicated resource varying between 10-25 Mt at 0.07-0.08% U3O8. Phosphate (apatite) occurrences are relatively widespread in the calc-silicate rocks of the region.

The Private Companies supply electricity generation in Somalia 99% http://www.somenergy.com/newsmain.php?id=9  . All installed capacity is thermally fired (diesel) and is predominantly located around the capital Mogadishu. Civil war has caused electrical infrastructure to be damaged or destroyed, curtailing power supply in the country.

Somalia currently has installed electricity generating capacity of 80 megawatts (MW), all of which is diesel-fired. . A planned hydroelectric facility on the Juba River has been delayed due to the continued fighting. Studies have indicated that the Horn of Africa, especially Somalia, is a prime location for harnessing wind for electricity generation. 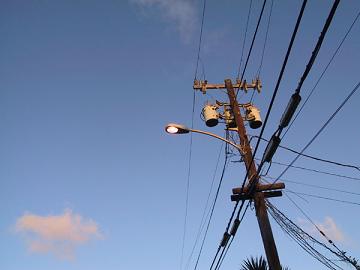