Tourism in Somalia is regulated by the Federal Government of Somalia‘s Ministry of Tourism. The industry was traditionally noted for its numerous historical sites, beaches, waterfalls, mountain ranges and national parks. After the start of the civil war in the early 1990s, the Tourism Ministry shut down operations. It was later re-established in the 2000s, and once again oversees the national tourist industry.

The Bank has made large projects in a Tourism sector during 1970-1988 such Sanaag and L.shabeele regions, the Bank will provide and support rebuilding and Consultation of Somali Tourism.

There is also a need to establish more thriving tourism industry ventures in the country, particularly eco-tourism, where visitors can be encouraged to explore ancient caves, beautiful beaches and mountains, and spectacular landscapes in the country.

The tourism sector is therefore another area in the economy that has large potential for foreign and domestic investors. Another area for increased potential for encouraging tourism is to attract Diaspora Tourists. Many Somalis living abroad have never visited Somalia and many more were born abroad. With good hotels and tourism infrastructure, the Diaspora yearning to visit Somalia can be attracted.

This in turn could benefit other sectors in the economy by making the Diaspora promote investments in them. A concerted effort is needed to promote tourism. 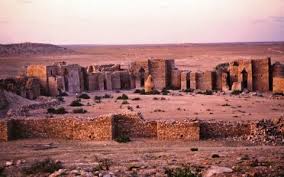